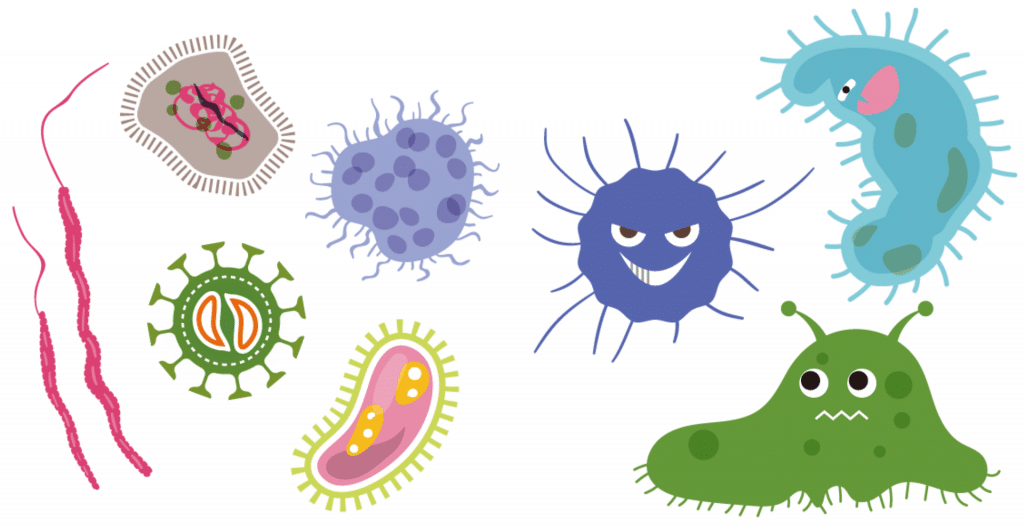 With the inclement weather we’ve recently been experiencing – teeming rain (flooding in some areas) and high levels of humidity, many households are dealing with an unpleasant and insidious visitor – mould.

Not only is mould unsightly (when visible) but it is associated with significant health issues and must be eliminated.  There’s plenty of evidence that mould – minute microorganisms growing on any moist surface – can have an impact on health, sending clouds of invisible particles of mould into the air that can cause allergies, asthma, infections, itchy eyes and skin and various breathing problems.  It has also been associated with depression and moodiness.

The World Health Organisation (WHO) attributes much of the world’s 300 million cases of childhood asthma to living with indoor dampness and mould.

Yet mould only becomes a problem when there is moisture, and the inability for it to escape, says Dr Michael Taylor, a Flinders University microbiologist, with a special interest in mould. He says, “After large rainfall or flood events, porous materials in buildings like wood, insulation, carpet and furnishings absorb a lot of water. This water can then support the growth of fungi and fill cavities and hidden areas with very humid and stagnant air – perfect conditions for problem moulds such as Stachybotrys, the toxic black mould.”

Most of the time, though, the fungi that turns up after minor water damage won’t poison us or cause infection, but will have an unpleasant smell, can cause allergy-like symptoms and will grow unless treated.

The first step is always to fix what caused the problem in the first place, whether a leak somewhere with an ill-fitting window frame, a sliding door that has gaps in the tracks, a crack in the ceiling or a gap in the roof, or a more serious problem like rising damp.

For minor mould cases with clothes and soft furnishings, thoroughly washing and drying, or dry-cleaning items, should fix the problem.  For hard surfaces and leathers, put a quarter of a teaspoon of oil of cloves in a litre of water and spray the area, leave for 24 hours, then spray again and wipe the mould away.

Warning: A lot of people go for bleach, but that just makes the area white so you can’t see the mould – but it’s still there. Oil of cloves will kill it. But for more serious mould issues, it is recommended you engage expert help.

MouldMen founder Gerard Murtagh says, as a quick rule of thumb, if the damp comes from the sky or humidity, then you can let it dry. If it comes from floodwaters, then throw out anything that’s affected.

“There are so many pathogens in floodwaters, mud and black sludge, from faeces, dead animals and silt, and these can make you very sick,” he says.

“If walls are damaged, these may need to be cut out to at least 50 centimetres above the waterline because the plasterboard and insulation will have absorbed the floodwater and it might be accumulating in the cavities behind. But if it’s just a result of humidity or rainwater, then you can dry it then treat it.”

Ventilation is always key too. Opening windows and doors might let more damp air in, but that’s at least diluting the mould spores that are already in the air. A dehumidifier can also be useful to remove moisture from the air particularly in enclosed spaces and basements.

Vinegar is also useful to clean mould – pour a concentration of 80% vinegar to 20% water into three buckets and use a microfibre cloth to clean the patch; rinse it off in the second bucket, then rinse again in the third to ensure cross-contamination doesn’t occur.

The bottom line is, if you find mould, don’t panic, but don’t ignore it.